“The Internet Explorer 11 desktop application will be retired and will no longer be supported on June 15, 2022 for certain versions of Windows 10,” Microsoft said in a May 2021 corporate blog post.

Do you want to know what will happen from now on with Internet Explorer? Don’t worry; we’ll explain everything you need to know. Keep reading!

An end foretold. Internet Explorer is not supported.

That’s right, the end of Internet Explorer was not new news; in May 2021, Microsoft announced the future withdrawal of the browser as it is not compatible with some versions of Windows 10. Don’t worry; if you use Internet Explorer as your usual browser, You wouldn’t be left empty-handed, as Microsoft Edge, released in 2015, has become its replacement.

Microsoft Edge is the new bet for the Microsoft company. As a form of acclimatization, the new browser has IE Mode, which allows you to navigate as if you were in Internet Explorer.

First, we should write the following in the address bar of the new browser: edge://settings/default browser and then click on “enter”. After this, it is important that we select the “on” option in the “Allow sites to reload in Internet Explorer” option and finally restart the browser.
install internet explorer

Why is IE Mode useful?

The Internet Explorer Mode in Spain will be of great help to us, since all public administrations use this browser to communicate with the Spanish.

It was a tool that was used above all in signature and authentication procedures. The Government of Spain has already announced that our public administrations have installed all the necessary updates to be able to continue with their work in the same way as before.
What happens to certificates already installed in Internet Explorer?

Although no cases have been reported yet, since Internet Explorer is no longer supported by Microsoft, it is possible that there may be some problems when using the digital certificates that we already had installed in the browser. Do not worry, according to the Secretary of State for Digitization (SGAD), by installing Edge you can carry out the procedures that previously could only be done with its predecessor.

This IE Mode will not be final, it is planned to be removed from the new browser by 2029.

After its launch in the summer of 1995, Internet Explorer became the most relevant browser for many years. But little by little new browsers such as Safari, Firefox or Chrome were emerging that were reducing market share. Currently, Chrome leads the market share with 77%, followed by Safari with 8.87% and Firefox with 7.69%.

Internet Explorer had been left with a meager market share of 2.15%. Microsoft Edge, with 5.83%, expects to significantly increase this share over time. Will they be able to?

Next we are going to list a series of advantages of the successor of Internet Explorer. It might help you convince you to switch browsers. Are you ready? Let’s go!

Some of the advantages of this browser are the following:

Speed ​​and performance: Microsoft Edge is much faster when it comes to loading pages than its predecessor, which even made memes referring to its slowness. Performance has also improved significantly, it can be seen when we load applications such as YouTube.

Security: With this browser you can forget about phishing attacks (identity theft), memory corruption or unwanted extensions.

Create notes on web pages: Although it may seem incredible, every time we access a web page we will have the possibility to underline, make comments and write directly from the web page, as if it were a notepad. This is not all, you will also be able to share the content that you have annotated through OneDrive with other users.

Availability on any device or system: Microsoft Edge can be installed on desktop, laptop or mobile computers. In addition, we can find it on different systems that are not Microsoft, such as Android, iOS, Xbox One or MacOS X.

Now you know everything you need to know about Internet Explorer and its successor Microsoft Edge. Are you going to use it? If you want to know more about technology, do not hesitate to consult our Blog. Stay updated! 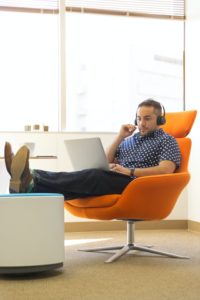 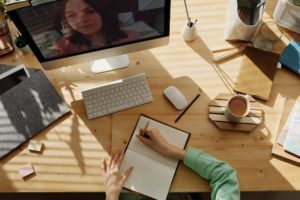 Next post Cloud server or own server?
Anastasia Ekaterina

When a computer stops working, you may be able to recover all the data that you kept on it. The...

Has it ever happened to you? You likely think that once the data on your computer is lost, it will...

Unless your company is new and born in the cloud, you will likely have to fall back on legacy infrastructures...

Your clinic has a clear mission: to care for and attend to the patients who come for consultation. We are...

Once you know the fundamental information of this marketing strategy, it is time to take action and mention the most...